*DRAGNET SUPER-PACKAGE*
Get a copy of each of the below for 50% off the total! That means Dreamsalon’s Soft Stab LP, tour CDR; Evening Meetings LP+7″, Le Sang Song LP, Universe People LP, Welcome LP, the A Frames and Vulvettes CDs – all for $57 shipped within the U.S! That’s 5 full length vinyl LPs, three CDs, and a 7″ of Seattle’s finest purveyors of underground rock – all for less than 3 of those stupid expensive LPs. Because of shipping, this offer is for delivery to U.S. addresses only.

The following titles are Dragnet releases except where noted (some are other labels that I have for sale). If you order more than one item, shipping will be calculated too high by paypal; I will refund you the actual difference on my end.

“Sirs” by Welcome originally came out in 2006 on Fat Cat as a CD. This has been a long time favorite album for me personally, and it is so good to have on vinyl at last (a co-release with Luxury Products). Singer/guitarist Pete Brand recorded and mixed the band at home, and the sonics are incredible for what you may think was created in a studio. The cover art by Kevin Willis oozes across the 12 inches and its impact is exponentially increased compared to the 5″ CD cover.

“Dynamic, stunningly arranged, and prone to fly off at unpredictable angles, ‘Sirs’ possesses a gnarled beauty very much Welcome’s own. Melodic, rhythmic and sonically ambitious, the record sits somewhere between the fractured, exploratory idealism of 60’s psych pop (The Creation, Revolver-era Beatles, Syd Barrett), and such non-conformist US alt/rock luminaries as Unwound, The Breeders and Deerhoof.” (Fat Cat)

UNIVERSE PEOPLE “Are Coming To The Dance” LP 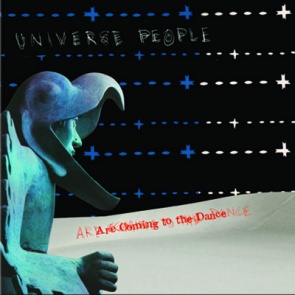 The second LP by Universe People (Jo Claxton, Kimberly Morrison, and Min Yee) is full of art pop songs that’ll make your body twitch and your heart melt. 10 songs in 25 minutes, with topics ranging from cabana boys to feeling like a monster, you’ll want to play it over and over again. Recorded in January 2014 by Matt Stegner at MRX in Seattle, mastered by Timothy Stollenwerk. Limited edition of 296, and the first 50 copies are on cool opaque blue vinyl. Includes download. $15 plus $4 shipping in the U.S. 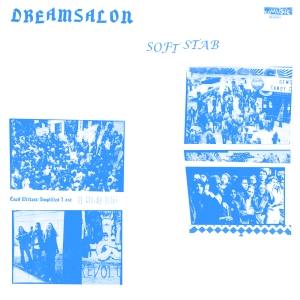 “Dragnet and Sweet Rot Records have teamed up for “Soft Stab” the impressive 2nd LP from Seattle’s Dreamsalon. If you’ve been paying attention to the NW rock underground of the past decade or so, you’re likely familiar with the names Min Yee, Matthew Ford and Craig Chambers who have collectively played in bands like Evening Meetings, A Frames, Intelligence, Le Sang Song, Factums, Yves/Son/Ace, etc. and together they’ve crafted a set of songs that will please fans of their earlier work as well as earn them new ones. The nine songs of “Soft Stab” have a little bit more of a sinister edge to them compared to their great debut LP “Thirteen Nights” and this sharpened attack is evident both in the songwriting and the production. All of these songs have the classic, locked-in, repetitive, booming Yee bass lines, paired with Ford’s seemingly-loose-yet-actually-tight distinctive drumming style while Chambers guitar work varies from reverbed-out pick scratching, to wailing feedback, to straight ahead driving punk. Recorded in Seattle at MRX by Matt Stegner. Mastered by Timothy Stollenwerk.” 9 songs, 36 minutes. 500 copies. Download card included. (Cassette has 3 bonus tracks, also on the download). 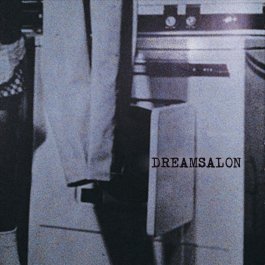 The first Dreamsalon LP was supposed to be released before the first tour, and of course it was delayed and released just after the tour was over. Realizing this would be the case just before the tour, they assembled this CDR to sell on the road – a peek into their beginnings, recordings from the basement before the “13 Nights” studio recording. 11 songs, 35 minutes. This was later released on cassette by SkrotUp (out of print). Hand numbered edition of 94. $6 plus $3 shipping in the U.S.

“After some digging, I found that Le Sang Song is the one-man solo project of Craig Chambers. Chambers plays minimalistic, french-pop influenced folk rock. Whatever you may be thinking to this point, know this: Le Sang Song is completely endearing and surprising as well. On this album, Chambers attempts to do two things: create unadulterated, raw, classic folk rock and dabble within the realms of french psych-pop without officially changing his name to Serge… After analyzing what I thought was Le Sang Songs main motive — creating two genre-fied types of songs (knowingly or unknowingly) — I then realized that this album is actually a pretty cohesive work and it should be viewed as a whole. Sure, the sounds definitely jump around, changing moods at the end of a track, but the ethic and feel of the album runs rampant throughout. The change of style only enhances Chambers ability to create differing, creative and unique songs. I love this album.” (Rob Baranoff)
Released January 12, 2010; 10 songs, 36 minutes. Edition of 600 copies on black vinyl.
$14 plus $4 shipping in the U.S.

THE VULVETTES “This Is The Science We Believe In” CD

Forget the image you have about San Francisco. The Vulvettes were from the time immediately before tech had hollowed out the culture there, when a strong art punk subculture was thriving in mid-late 90’s SF. Displaying equal parts paranoia and contempt, they share some of the minimalist fuck you attitude of Flipper, as well as the collage aesthetic of Tuxedomoon. We STILL can’t believe how good The Vulvettes were. One of the virtually unkown, yet big influences on A Frames.

“Evening Meetings are Craig Chambers, Matthew Ford, Erin Sullivan, and Min Yee. Together they have been part of the great stream of underground bands coming from Seattle over the past decade – A Frames, Love Tan, Factums, Intelligence, The Lights, Le Sang Song, The Dipers, Yves/Son/Ace, AFCGT, etc. Sweet Rot has been a huge follower of these bands over the years (releasing a Love Tan 7″ in the process) and we couldn’t be happier to release the band’s debut s/t LP. Each of the ten songs featured here is grounded upon a solid foundation of rhythm while the two guitars are free to poke and lurch wherever they please, sometimes off-kilter and noisy, sometimes fuzzed out, and sometimes twangy and sliding bringing to mind acts such as Gun Club or Scientists. While most songs aim directly for the jugular a few are a bit more loose and wandering, similar to the band’s excellent 7″ on Dirty Knobby. The end result is a mature, focused, confident record that we think will stand the test of time. Expertly recorded by Alex Yusimov at The Pool on all analog gear and mastered by Timothy Stollenwerk.” 547 pressed on clear vinyl; includes download. $14 plus $4 shipping in the U.S.

“Evening Meetings combine the creative firepower of some of Seattle’s finest underground-rock makers from acts such as A Frames, LoveTan, Factums, and Le Sang Song. They have a new 7” single (ltd ed of 500) on the great local label Dirty Knobby that you need. “Forgotten in Seconds” sounds like something off of the Fall’s Grotesque, and therefore it is a masterpiece of ramshackle repetition rock, inducing a casual hypnosis. “Hello Mr. Evening” carries sonic DNA from some long-lost Ralph Records ensemble (Snakefinger? Renaldo & the Loaf?), its warped, crespuscular cha-cha rock insinuating itself into your mind with understated charm. Both cuts are stone-cold winners deserving of obsessive repeat listens.” (Dave Segal, The Stranger). $5 plus $3 shipping in the U.S.

Sub Pop were gracious enough to send me a box of new/unopened CDs of this one. One of the classic albums of all time, of all places, and it happened to be in Seattle in the 2000s. Comes with super cool original slipcase packaging. $8 plus $3 shipping in the U.S.